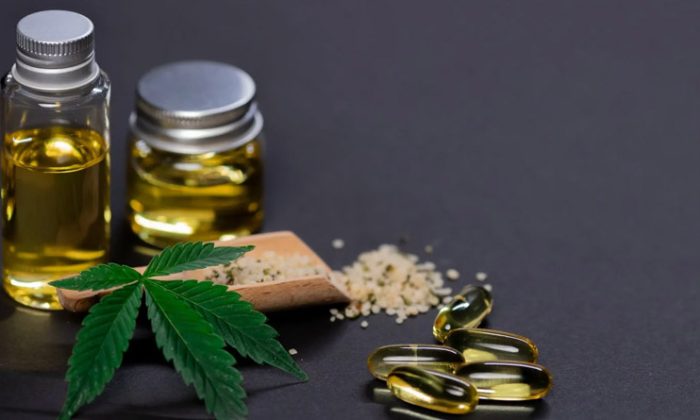 There is no denying the rapid rise of hemp oil, specifically CBD-rich hemp oil, in today’s natural medicine lexicon and for good reason as CBD itself has been shown in study after study to be a truly beneficial compound for many people.

As hemp and CBD grow more popular, more research and development dollars are being dedicated to discovering what other naturally produced cannabinoids may have practical health applications.

Of the various cannabinoids that can be extracted from hemp that are currently being studied CBN and CBG are two of the more popular (in addition to CBD). As such there are now a myriad of hemp oils and tinctures that feature CBD in addition with CBG or CBN specifically, depending on the designed application.

Understanding which cannabinoids might be most beneficial for you though can be a confusing prospect. Should you take CBD, CBN, CBG or all three? Does all hemp oil contain all three of these cannabinoids? What do the studies say when it comes to the efficacy of these various cannabinoids?

Below we’ll break down what these “new cannabinoids on the block” are, how they interact with our human physiology, and different applications of each.

As referenced above there have been hundreds of studies now showing benefits of CBD itself in a variety of treatments. From reducing inflammation to the easing of chronic pain and muscle spasms, to reduced anxiety and improved sleep.

CBN (cannabinol) and CBG (cannabigerol) are two of the other 120+ cannabinoids that have been less studied but are showing early signs of promise in managing chronic pain (CBN) and improving sleep quality (CBG).

Many manufacturers today are offering single cannabinoid solutions, either CBD or CBG/CBN, while newer more innovative brands are starting to offer minimally processed full-spectrum hemp oils that contain a ratio of all three of these promising new cannabinoids.

As science continues to learn more about the most commonly found forms of cannabinoids it’s becoming clearer and clearer that minimally processed hemp oils that contain a wide variety of different cannabinoids are more impactful than oils that feature any single cannabinoid in isolation.

Which is Stronger CBN or CBG?

Both CBN and CBG, much like CBD, are non-psychoactive, meaning there is not “high” associated with consuming ANY of these cannabinoids and as such measuring “strength” is more about measuring reductions in anxiety, pain, and/or stress than it is “feeling” the effects of the oil.

The best way to figure out which cannabinoids (including CBN and CBG) work best for you is to try them in isolation for month-long increments while journaling on how you’re feeling including trying to gauge/measure your mental health, anxiety, stress, and pain levels.

After trying oils with various concentrations of these other cannabinoids and reflecting on the results of your journaling you will be better able to narrow in on which cannabinoids in particular resonate with your unique biology.

Is CBG or CBD Better for Sleep?

CBD has more studies completed showing a positive impact on sleep but in reality the anti-anxiety and anti-stress benefits of CBG mean it would be good to consume both together as the CBG can help relax you and help you fall asleep and the CBD can help maintain the quality of your sleep.

What is CBD and CBG?

CBD stands for cannabidiol while CBG stands for cannabigerol. They are both cannabinoids found naturally in hemp, hence the similar names. In terms of potential therapeutic applications CBD has the most studies showing impacts on stress, pain, inflammation, and sleep.

CBG has been studied less but is quickly gaining popularity for its ability to help with reducing stress and anxiety as well as acting as an anti-inflammatory.

Ultimately for many there will be no reason to isolate any one cannabinoid but instead dial in a ratio that includes multiple cannabinoids that can work together in harmony to provide maximum impact.

The world of cannabinoids is a fast paced and exciting one. Of the over 120+ plus discovered cannabinoids many are showing early promising results that will undoubtedly increase in their volume and conviction over time as more research and development money is dedicated to their study.

It’s important to remember that most of these cannabinoids are non-psychoactive (as opposed to THC for example) and as such are primarily useful in therapeutic application and not something to be taken recreationally.

Additionally, given everyone has unique physiology as well as unique external life factors such as diet or prescriptions, it’s important to consult with your own personal physician if considering taking CBD, CBG, CBN, or any other cannabinoid extract to ensure utmost safety.

Key Things To Look For Before Opting For Online Cannabis Delivery